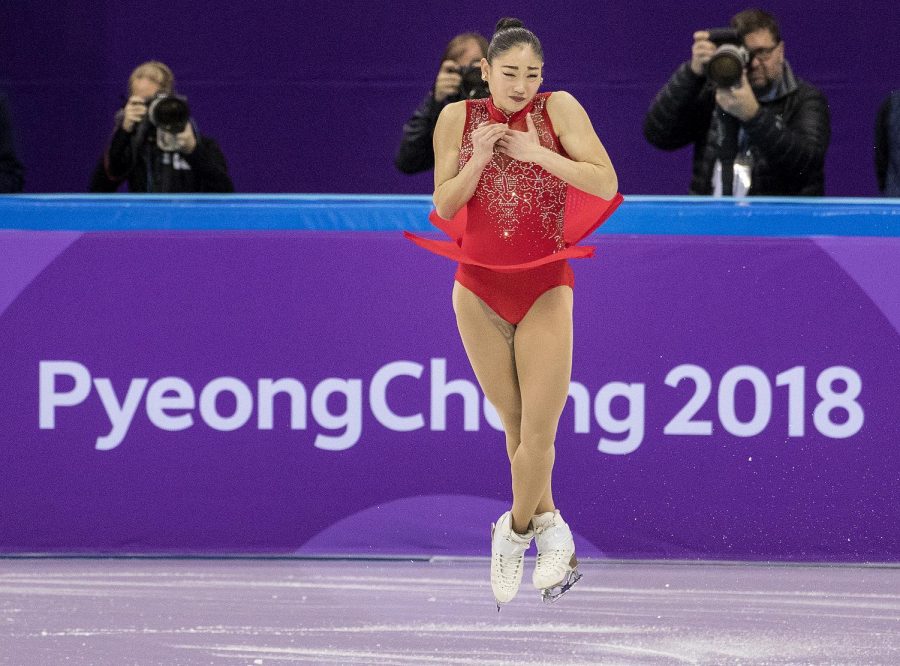 We are in the midst of one of the most exciting — and my personal favorite — events in the world: the PyeongChang 2018 Winter Olympics. It is pretty fair to say that the Olympics — winter or summer — are an event worth watching no matter who you are or where you come from.

While I understand and enjoy the summer games a little more, I can appreciate and enjoy the winter games. I mean have you seen those people who are competing in sports like luge, speed skating, skeleton and literally every other crazy sport I would never even think to try in a million years? The strange but exciting sports of the Winter Olympics is what keeps me at least entertained and glued to my TV during the two-week period.

In another world, I would want to be an Olympic athlete. I mean why would you not want to be one?

So far this year’s Winter Olympics — held in PyeongChang, South Korea — have been full of surprises, upsets and history-making.

History was made during the figuring skating competition when Mirai Nagasu became the first American woman to perform and land a triple axel during the Olympics. I also happened to catch this live and oh my goodness it was amazing to see. It was also exciting to see her reaction and pure joy after she realized what she had just done.

Just to prove how spectacular of an event this was, according to the New York Times there have only ever been seven successful landings. Two — now three — of those were done at the Olympics.

American men’s luge competitor Chris Mazdzer also made history when he became the first American man to take home an Olympic medal in luge. Mazdzer ended up taking home a silver medal and wowing viewers as he finally brought home a medal for men’s luge.

This is particularly incredible because in the two previous Olympic games Mazdzer has finished in 13th so he was never seen as a popular medal choice. Also given the complexity and dangerous nature of luge — it is the sport where a person lays flat on a toboggan and steers with their calf muscles — it is an exciting win for team USA.

Something that stands out for me about these Olympic games is the very young ages of some of the athletes. A lot of these athletes are between the ages of 17 and early 20s, which only makes me feel very unaccomplished — and I am sure I am not alone here. One Olympic commentator made a good point about how each Olympic year we see younger and younger competitors, which only leads to stronger competitions.

American Snowboarder Red Gerard made headlines when he took home a gold medal at his first Olympic games — oh and only at the age of 17. This was an incredible and exciting moment to watch live. I can only imagine what was going through Gerard’s head during and after winning gold, especially since he was up against some great competition like Canadian Mark McMorris.

Another 17-year-old American snowboarder currently stealing some Olympic thunder is Chloe Kim. She crushed the competition in the women’s halfpipe competition and ended up taking home the gold. What were you doing at 17? One thing for sure, these young athletes are quite an inspiration, which is great to see in a world of Kardashians. Not to mention, they are pretty exciting to watch.

Another interesting aspect of this year’s Olympics are definitely the combined North and South Korean teams. For those unfamiliar, these countries joined teams in efforts to express the unity between both countries despite the very different government styles. At the opening ceremony they marched together and had a combined hockey team. At events where team Korea has competed there have been North Korean cheerleaders rooting on the team.

This quickly caught the attention of social media. The cheerleaders spread out amongst the arena in matching outfits, and they perform — very uniform — choreographed dances and songs.

Meanwhile, the feedback towards these cheerleaders has been mixed. Olympic viewers are either believing and going along with this, while others are not buying this “unity” and are instead calling it North Korean propaganda. I highly suggest looking up some pictures or videos of these cheerleaders. Vox actually has a great photo gallery featuring the cheerleaders if you are unfamiliar with them.

This is an interesting tactic if you will, and I am not quite sure what to make of it. Especially since I have yet to watch or catch any events that feature the North Korean cheerleaders.

At the moment the USA sits in fifth place with nine medals, according to the official Olympic website. We can all agree the Olympics are an exciting event to watch and can truly bring us all together. Each day and night we find ourselves gathered around our TV’s watching the best of the best athletics in our world. Watching in awe as they make history for not only themselves, but their country.