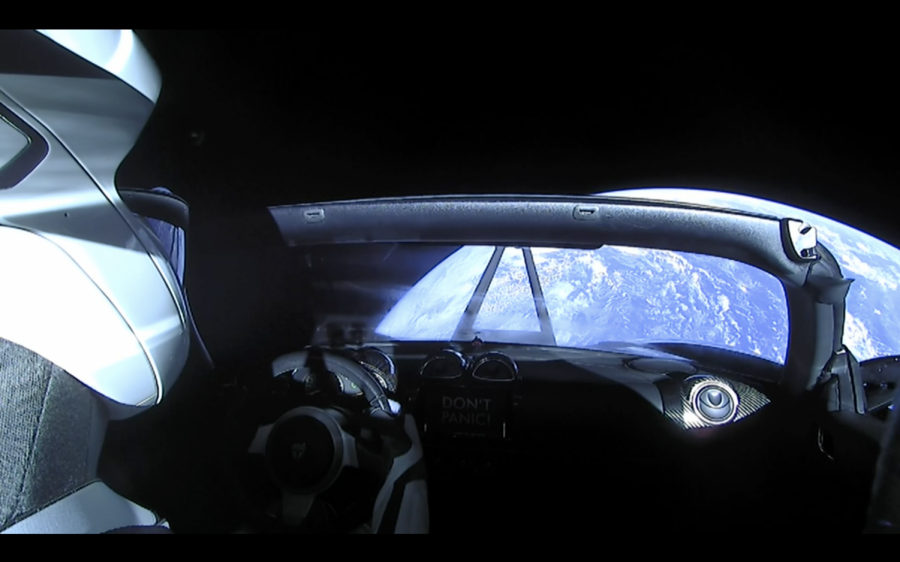 Space, the final frontier. No matter how old or young you are we can all agree that space is fascinating. Just the idea of being able to travel into space and explore makes me excited and curious. It is fair to say ever since our allure with space begin it has never dwindled.

In more recent days, Elon Musk and his space company — SpaceX — set off their rocket Falcon Heavy. The rocket was launched from NASA’s Kennedy Space Center down in Cocoa Beach, Florida on February 6.

A more comical side to this news is that Musk included a bright red Tesla Roadster in the rocket, but it was all in order to test the payload according to a Time article. The rocket is also said to be the most powerful rocket in operation in the world according to a New York Times article.

That is something to turn your head at. It is quite strange, but also interesting that the current most powerful rocket in the entire world had little to do with NASA. It is strange because every time I have ever thought of space or space exploration, NASA came to mind.

Meanwhile, it is interesting and hopeful that it is not related to NASA because it helps prove the importance of space travel and exploration. Without this launch, we may have never seen a so far successful launch that tested the payload capabilities in our lifetime. SpaceX is taking our progress in space and taking it a step further.

Private companies help encourage and foster our knowledge of space. They help draw in the public and keep us wanting to know everything we can about the vast unknown. SpaceX is helping us keep little boys and girls dreaming of becoming astronauts or traveling into space. Thanks to companies like SpaceX, one day in the future they might just be able to.

People have always sat around their TV’s, radios, or viewed rocket launches in person because they are such an exciting event. Looking back in time on any rocket launch and someone can tell you where they were and what they were doing when the rocket launched — probably watching or listening to it. They let us escape and imagine what life is like in space and on other planets. You do not have to be a sci-fi fanatic to enjoy or be drawn to the allure of space.

Events like the launch of Falcon Heavy still bring in huge crowds and the event actually sold out. The Kennedy Space Center website even marketed the launch as “one of the most anticipated launches in recent history.” This is more than true especially with Musk’s name tagged on to it.

The livestream of launch and then later from Starman — the test dummy sitting in the Tesla — is one of coolest things I have ever watched in my life. Just to add to my point of the increase in viewership, the launch was viewed 15 million times according to SpaceX’s YouTube channel. We got to see the view of the Earth from space from the viewpoint of Tesla; how is that not a cool experience? This experience also helped prove that despite the current times, there are still really cool and great things happening.

Space exploration is such an important part of life and science. We would be doing ourselves an injustice if we did not study the galaxy above us. We cannot just stay in our little bubble that is Earth, instead, we must see what else is out there.

Since we first landed man on the moon — and even before then — our fascination with space never shook and instead, it only grew. Despite its many wonders and unknowns, space is something that everyone at least once in their lifetime has found themselves awestruck by. Thanks to companies like SpaceX our fascination continues to grow. Even as I sit here a smile grows across my face in hopes that one day space will be another tourist spot for us to explore.