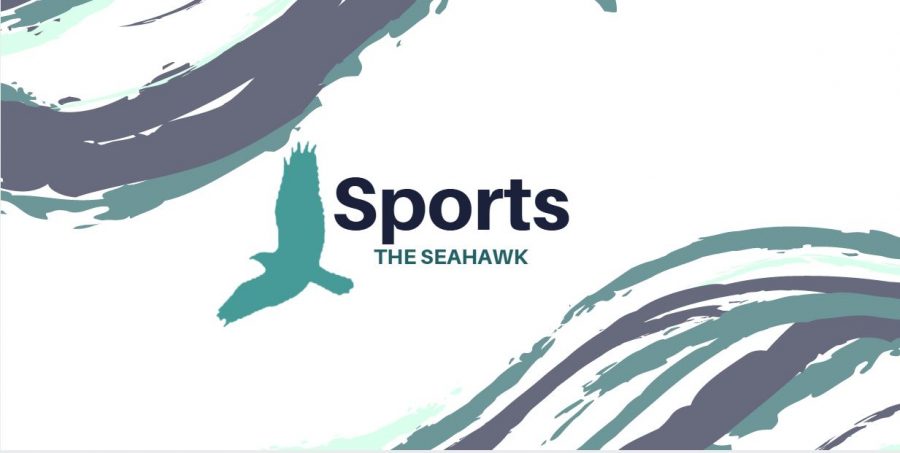 UNC Wilmington club hockey defeated Elon, 7-4, on Friday night at the Wilmington Ice House. With the win, the Seahawks remain undefeated on the season.

The team got off to a quick start, as Ben Cooperrider scored UNCW’s first goal just 27 seconds into the game.

“It was a good start to the game and the guys got pretty psyched after it,” said Cooperrider. “We just used that momentum throughout the game and it paid off.”

Despite the quick start, the team did have to play a good portion of the period shorthanded, which the Seahawks are still looking to improve on.

“We said from the get-go that we needed to stay out of the penalty box and we struggled with that in the first period,” said Bennett Clark.

Elon’s Brad Saklad answered with 1:49 left in the first period to even the game at 1-1.

In what turned out to be a wild second period, with a total of four goals scored, Elon and UNCW battled with gaining momentum throughout the entire period.

Elon’s Joe Pizzo got the period started with a goal with 17:22 left to put the Phoenix up 2-1. However, the Seahawks’ Charlie Peters scored a power-play goal with 8:45 left, answering right back to even the game at two.

“We have such skill on the power play and up until this point we haven’t really been clicking that much,” said Clark. “I think today we kind of pulled it together and the extra work we have put in paid off.”

Just a little over a minute afterward, the Seahawks evened the game. Elon leading scorer Sam Sarath answered with a go-ahead goal to make it a 3-2 Elon lead. The goal came with 7:23 left in the second period.

Coming into the third, the message remained the same for the Seahawks as it had been throughout the entire night and heading into the game.

“We just needed to bounce back and stay out of the penalty box,” said Greg Wiklund. “Let them retaliate at you and keep your mindset straight.”

Wiklund got the team rolling early in the period as his second of the night put the Seahawks ahead 4-3 with 16:59 left in the third period. Goals from Clark and Daniel Brescia on the power play pushed the Seahawks lead 6-3, as the team continues to show the offensive potential that they have.

“We showed that in the second and third period when it is even strength and when we are on the power play what we can do,” said Clark. “We were really clicking today both offensively and defensively and we played a pretty good game all around.”

The seven goals are tied for their third-highest total on the season, tied with their win against South Carolina on Sept. 29. Their two highest goal totals came from their wins against Citadel on Sept. 15 (13) and Liberty on Oct. 27 (8).

Contributing Writer Brian Carpenter can be found on Twitter @bostonfan17856. Any tips or suggestions should be forwarded via email to uncwseahawksports@gmail.com. For video updates from The Seahawk, subscribe to our YouTube channel.