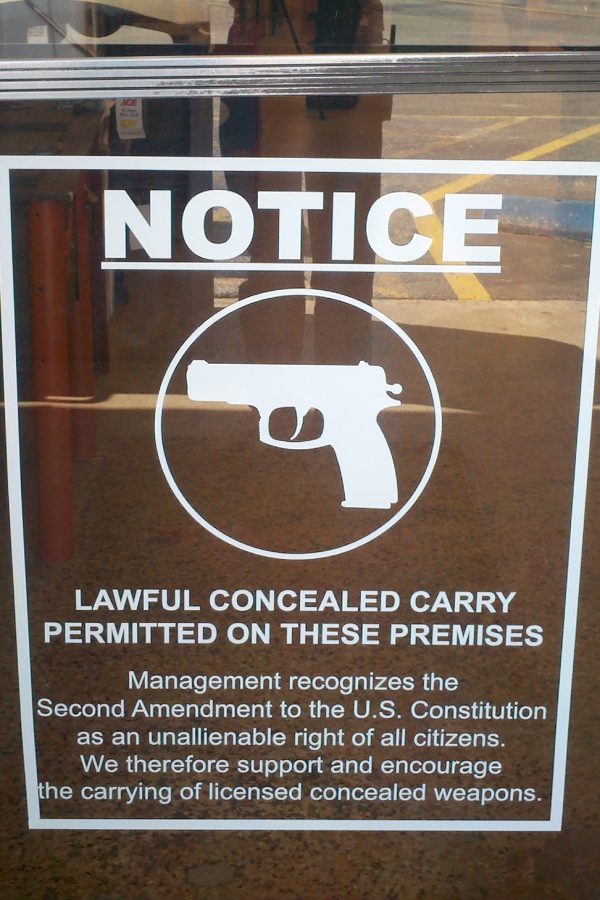 Within the last three months, the United States has suffered from a series of mass shootings that have changed the way many Americans are now looking at gun control. On Nov. 5, 26-year-old Devin Patrick Kelley opened fire on First Baptist Church in Sutherland Springs, Texas, killing 25.

Throughout the country, the event—in conjunction with other recent shootings—has sparked many conversations surrounding gun laws.

Currently, it is legal to carry a concealed weapon in a Texas church. Similarly, a North Carolina law allows for concealed weapons in churches as well, unless the specific church prohibits it.

According to Concealed Carry, Inc., a network of firearm instructors, 12 of our 50 states allow churches to open carry with the permission of the pastor. The other 38 states have stricter gun allowances on a church-by-church basis.

The News & Observer from Raleigh reported that a North Carolina bill will soon be passed that allows those with concealed gun permits to have their firearms inside of private schools that double as churches during church hours. Rena Turner, the bill’s Republican sponsor, believes that allowing those with valid gun permits to have their weapon on them at all times will ensure an extra layer of safety.

A longtime supporter of more relaxed gun ownership laws, Vice President Mike Pence reported that the Kelly’s purchases of the guns happened because of a “bureaucratic failure.” Devin should not have been able to legally buy firearms because of his reported record of domestic violence. Vice President Pence believes that gun ownership promotes better public security.

Based on the data collected by Concealed Carry, Inc., over the last 12 years, there have been more than 90 church shootings. A few of these occasions involved a counter-shooter acting against the suspect. There was a counter-shooter involved in Sutherland Springs who only had the opportunity to shoot after the 20-plus people had already been killed.

Church shootings have traditional been categorized as hate crimes. Recently, the Charleston, S.C. Church shooting killed nine people in the summer of 2015.

In response, some churchgoers have expressed a grievance toward allowing guns in the houses of worship. Debate.org held an online open forum about the controversy where concerned citizens expressed that the issue is not if guns should be allowed in your particular place of worship because active shooters are usually strangers to the church. They are people who have entered the building with malicious intentions, therefore they believe that the nation’s gun laws as a whole are flawed.

With the help of pastors and members from their community, Sutherland Springs is rebuilding their congregation and maintaining faith to get them through troubling times.