The SheHawk: Female athletes stand tall for all women 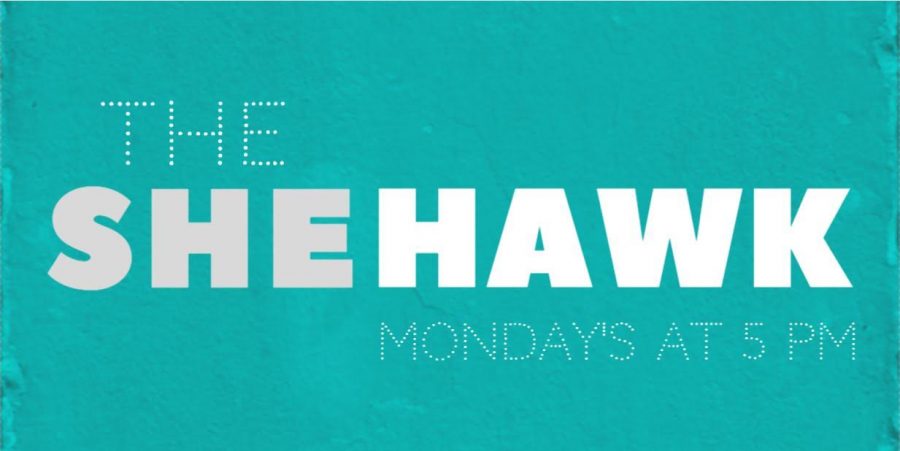 After running for two hours, 26 minutes and 53 seconds, Shalane Flanagan –also a notable Olympic medalist– won the New York City Marathon according to CNN. For the first time in 40 years an American woman won the New York City marathon. As she crossed the finish line Flanagan shouted “f*** yeah” and rightly so as she broke the drought for her fellow women runners. Now I don’t know about you, but that makes me want to stand up a dance. It was not only a proud moment in women’s sports history, but in women’s history overall. I for one am so happy to see a woman at the forefront of such an important sporting event.

This is also a proud moment for North Carolina and specially the University of North Carolina (UNC), because Flanagan is a notable alumni. According to CNN, Flanagan was a part of UNC’s cross-country team where she won back to back titles in 2002 and 2003. Flanagan has now gone on to inspire her fellow Tar Heels according to The Daily Tar Heel. For UNC junior Brittany Hughes, Flanagan has become a role model as she was able to run in the New York Marathon with her.

“When I got the notification on my phone that she had won I started crying, and I felt that I was just running on clouds for like 2 miles. I’m pretty sure that was my fastest mile the whole race,” Hughes said in a Daily Tar Heel article.

Not only is Flanagan a great role model for her fellow athletes and UNC students but most importantly young women like Hughes. Her performance was also inspiring and uplifting for the city of New York. That makes her win even more special to me because knowing that a woman brought inspiration to an entire city is so satisfying and amazing.

Not only is she a great role model on the track, but she is off the track as well. In her personal life, Flanagan and her husband are foster parents of two teenage twins, according to Fox News. Now that’s an incredible woman and I hope it inspires others about the importance and need of fostering. Flanagan also understands importance of taking a break in order to heal and take time for herself. This should also serve as inspiration for fellow athletes who live the same crazy fast paced life as Flanagan. Especially in our “go go go” society Flanagan serves as a great reminder that it is okay to take time for yourself especially when you’re in a high intensity role as she is.

Aside from Flanagan, women have been making greater progress in the sport world overall. Just look at Serena Williams, Simone Biles, Danica Patrick, Ronda Rousey and Erin Andrews who are taking over the sports world and changing the way we talk about sports.

Williams took over the sports world when she became the most decorated tennis player –yes that includes men and women– this past year. With her immense number of wins and tennis power it is no wonder how big of deal she is. In a sport where we commonly hear the names of men like Roger Federer and Rafael Nadal it is nice to see Williams more represented. Gymnast Simone Biles stole hearts and dominated the sport world the moment she stepped onto the mats at the 2016 Olympics as part of the “Final Five”. Biles went on to take home four gold medals and one bronze medal and only at the age of 19. Biles is especially influential to me since we are only year apart so it’s extra special to have a dominate women athlete who I can relate to in age.

Nascar driver Danica Patrick has been on the scene of the male dominated sport of race car driving since the early 2000s. Patrick has always held a special place in my mind because my family has always watched Nascar, so from an early age I had the imagine of a great female athlete instilled in me. A grand achievement of her’s, according to her bio, is she was the first female to lead the Indie 500. Another female taking names in a male dominated sport is Ronda Rousey.

Not only is Rousey an actress and model, but she is kickass mixed martial artist. The shift from associating mixed martial arts and UFC with men to associating it with women like Rousey, is one of the better and most recent examples of women changing the way we talk about sports. That’s a really important shift for young women, because Rousey has opened up the door for women to take on even more of sports world especially ones that are male dominated. In the sports world we are finally seeing a shift from just talking about males to the much-needed conversation about women’s achievements. The phrase “I can do what any man can do” has never been truer.

As a former female athlete, it is so wonderful and inspiring to see more women at the forefront of sports and winning them for that matter. Even if you are not an athlete –or no longer one like me– women like Flanagan, Williams and Rousey can still serve as strong inspirations and role models in today’s society where more women are kicking tail and not taking “no” for an answer. In a world of Kim Kardashians be a Flanagan.