For baseball, the 2017 World Series came at exactly the right time 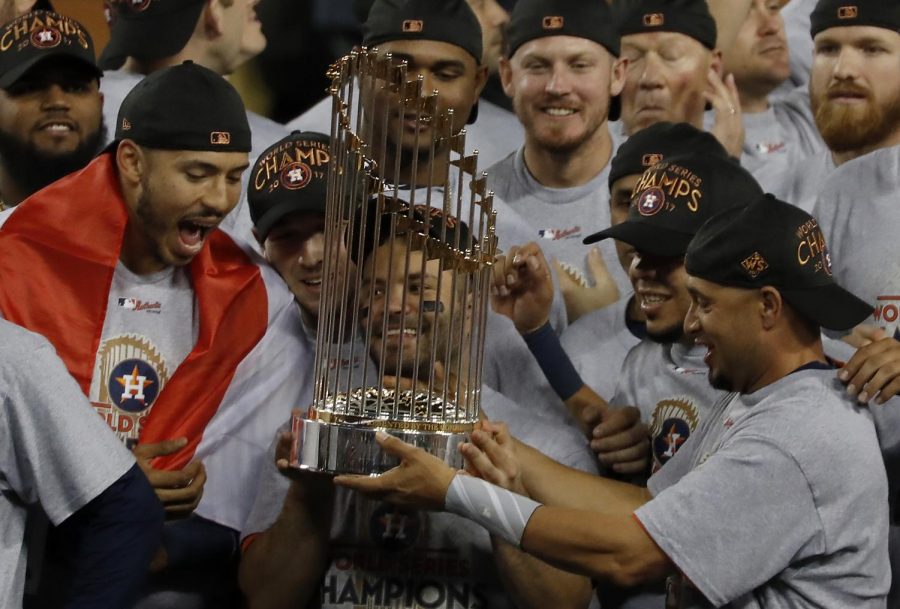 The Houston Astros celebrate after a 5-1 win against the Los Angeles Dodgers in Game 7 of the World Series at Dodger Stadium in Los Angeles on Wednesday, Nov. 1, 2017.

The 2017 Fall Classic between the Houston Astros and Los Angeles Dodgers has been one of the most chaotic World Series in recent memory.

Both teams finished with over 100 wins in the regular season – first time this has happened in over 50 years in a World Series matchup – and each game in this series has been a back and forth fight, with each team firing back after getting knocked down. But what does this mean for the game of baseball, and how does this help the game going forward?

When looking at the two rosters for the Dodgers and Astros, both display a number of young stars that show off the fun side of baseball. For the Astros, players like Jose Altuve (27 years old), Carlos Correa (22), George Springer (27) and Alex Bregman (23) have all played major roles in the success the Astros have experienced this season.

For the Dodgers, Corey Seager (23), Joc Pederson (25), Yasiel Puig (26) and Cody Bellinger (21) have led Los Angeles to the best record in all of Major League Baseball. What all of these players have in common is that they continue the trend of young players taking over the game of baseball and bring an energy that can make it a fun sport for future generations.

In terms of ratings, this World Series is averaging 16.4 million viewers nationwide per game, according to the Sports Business Journal.

Compared to previous years, the 2016 World Series had an average viewership of 23.4 million, the 2015 World Series 14.7 million and since 2009, this is the second highest-rated World Series according to the New York Post.

Although this is not the first time this has happened, it is a very rare feat for MLB to beat the NFL in viewers. Last season, Game 3 of the World Series between the Indians and Cubs matched up with Sunday Night Football and beat it in the overnight ratings. However, that instance was the first time since 2013 that the World Series topped Sunday Night Football, according to Sports Media Watch.

With Game 7 of the series scheduled for Wednesday night, this makes it back-to-back seasons where this will occur. This is also the first time since the 2001 and 2002 World Series where a champion in baseball will be crowned in a Game 7 in consectutive years.

As this series ends, it will be remembered for the pure craziness that it provided and the massive amount of home runs hit (24 as of the end of Game 6). But most importantly, this series will be remembered for the pure entertainment that it provided for both the traditional and non-traditional baseball fan, and this shows America’s pastime can still be enjoyed and appreciated by all.

Contributing Writer Brian Carpenter can be found on Twitter @bostonfan17856. Any tips or suggestions should be forwarded via email to [email protected] For video updates from The Seahawk, subscribe to our YouTube channel.