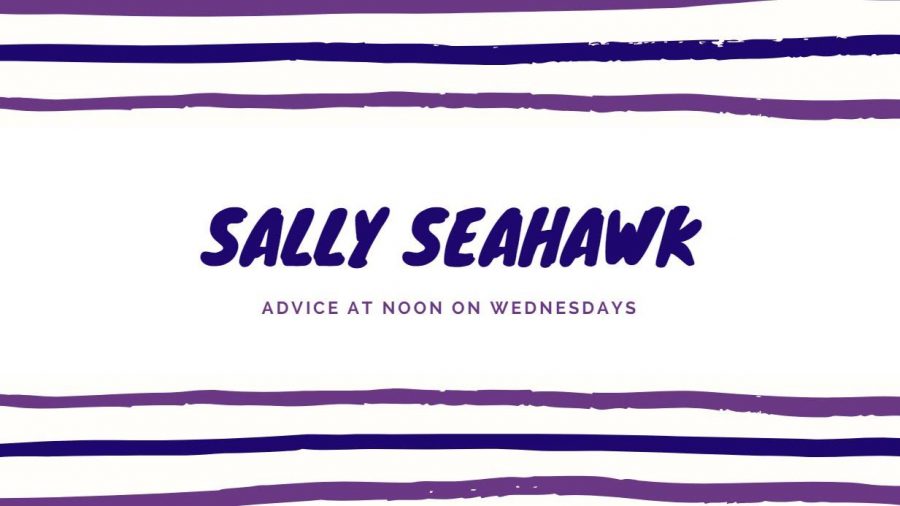 Talk to me about ghosting. Why do people do it? Should I take it personally if it happens to me?

Ghosting; a new term for an old phenomenon. No one wants to be deliberately ignored, but unfortunately, it’s something that happens to the best (and worst) of us.

Why do people do this? Some may not mean to. They could be genuinely busy with work or school. Or maybe they’re just not in the best mental space to communicate with others. If you notice that someone has stopped communicating with you, don’t ignore them in hopes that they will suddenly feel bad and reply. Reaching out to them is a nice way. Ask if there’s something wrong or why you are being ignored. It is likely that they will be willing to explain why they haven’t been speaking to you. Communication is important in any type of relationship. If you notice that there is a drift between you and someone you care about, get in touch with them. You never know if they are having a hard time and need a friend to talk to.

If someone is intentionally ghosting you just for the sake of ignoring you, I wouldn’t take it personally. If you try to communicate with them and they still don’t reply, they are not worth the effort. Some people are not mature enough to tell you how they feel in a straight forward manner. Although this is not an ideal situation, it’s not something that you can control either. It may be in your best interest to move on. Don’t dwell on the things you said that might’ve made them ignore you. If you tried to fix the problem and they still show no interest, that is not on you. A relationship that only one party tries to fix or hold onto is not worth having.

My roommate is a kleptomaniac. He’s now stolen two phone chargers from me, and now I have no way of charging my phone. I don’t want to address this with him because I don’t want him to hate me or think that I’m out to get him, but I also don’t want to keep having things stolen from me. What should I do about this?

I don’t think that your roommate stealing two phone chargers classifies him as a kleptomaniac, but this is a problem that needs to be addressed.

First, you may want to make sure that he is the one that stole your chargers. Stealing is a serious accusation, so it would be best to make sure that this is the case. Is it a possibility that one of your other roommates took them? Or maybe your friends are trying to play a prank on you because you leave your chargers lying around. Before you speak to him personally about it, make sure that you have considered any other plausible situations.

Otherwise, I think it would be in your best interest to just talk to him about it. Confrontation can be scary or even anxiety inducing, but addressing problems in a straight forward manner is often the best way to go about solving them. Like I stated previously, stealing is more of a serious accusation. I would try to confront him in a space that is controlled. For example, in your living room when a couple of your roommates or friends are around. Don’t beat around the bush when you’re talking to him, be as clear as possible while you are stating the problem and ask him to stop taking your things. If you think it would be dangerous to confront him head on, (i.e. you think he may become violent,) try explaining that you’ve noticed your chargers are going missing and want to know if he has seen them. Hopefully he will take this as a sign that you know what he’s up to and either confesses or stops stealing your belongings.

You shouldn’t have to feel like you need to keep your things hidden in your own home, so confronting him about the problem is probably the best way to go. If you really want to avoid having this conversation for whatever reason, make sure that you are keeping your things in a secure spot. Try keeping the door to your room locked and carry your chargers or other important things around with you.

We’re three months into the school year and I still haven’t made any friends or do anything besides study and sleep. How do I get involved on campus?

There are a million and one ways to get involved! There is truly something for everyone at UNCW. Here is a small, very generalized list of different groups you can get involved with.

Fraternities and Sororities Joining a fraternity or sorority is probably one of the most common ways that students can get involved on campus. There are currently 30 different social sororities and fraternities at UNCW. This includes our Latino-interest fraternity as well as our academic, historically black, and Christian fraternities/sororities.  From what I understand, joining a fraternity or sorority is a fun and complex process. You go through a series of meetings and social gatherings to find which group you like the best as well as what group will like you the best. Once you are accepted you will be able to take part in different meetings, event committees, parties and philanthropic endeavors. You will probably also meet some of your best friends. According to many who have taken part in fraternity and sorority life, you stay friends with your brothers and sisters well past your college career.

Student Organizations There are many different student organizations that you can join but going to CAIC is a good way to get started. CAIC stands for Campus Activities & Involvement Center. It is home to two of the largest student organizations on campus. One of those organizations is the Student Government Association, or SGA for short. They act as a liaison between the students and faculty and make sure that our voices are heard. For example; they made a compromise with the staff at Randall to make sure that the library stays open 24/7 Monday-Thursday as opposed to having a set closing time. They take part in decisions that effects the entire student body. The other organization is the Association for Campus Entertainment, also known as ACE. They put on many different activities on campus such as movies in Lumina Theatre, Concert on the Commons, Teal Tuesday, Homecoming, Open Mic, Boseman Gallery openings, and more. If you are interested in something like journalism or literature, try checking out the student newspaper; The Seahawk or the student literary magazine; Atlantis. If you enjoy acting or performing, anyone can audition for our theatrical productions in the Cultural Arts Building (CAB) or singing groups such as the Seahawkapellas. The amount of organizations here can seem overwhelming, but a good way to find the right fit for you is to head to the CAIC office and talk to an involvement specialist.

Sports and Student Recreation If you are more of an active person, there are also options for different sports you can take part in. Club sports are sports that just about anyone can take part in. Including but not limited to: Baseball, Softball, Quidditch, Hockey, Tennis, Men’s/Women’s Volleyball, Golf, Cycling, and Gymnastics. You can go on the Campus Recreation section of the UNCW website to learn more or register. If you are interested in something that’s a little more competitive, try considering the intermural sports teams that are available. Intermural sports are more competitive than club sports and meet more often. It is necessary to try out for an intermural team but if getting competitive is something that you are interested in, I say go for it! Being on a team is definitely a good way make friends and get involved.