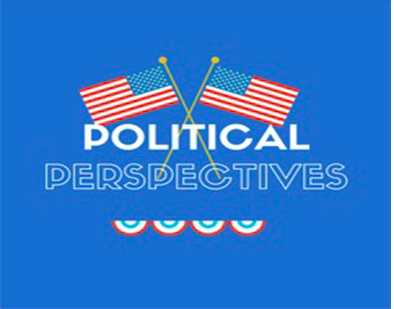 Editor’s Note: Jack DeVries is a junior at UNCW studying business. Jack also works as a contributing writer for The Seahawk and is a frequent writer for the Political Perspectives column. All opinions expressed in this article are solely those of the author. All suggestions and inquires may be sent via email to [email protected]

After an illegal and questionable secession referendum, Catalans are looking to the EU for guidance. Even with 92% of votes for independence, the circumstances call into question the validity, with actions on both sides making it even worse.

“Do you want Catalonia to become an independent state in the form of a republic?”

The October 1 referendum was tainted with reports of police violence, with claims of up to 900 people injured. Largely boycotted by the opposition and illegalized by the Spanish government, only 43% of Catalans voted. Due to the chaos and haste of the vote, many basic voter regulations were not met; which makes interpreting the results even harder.

The Catalan parliament called for the referendum on September 6, stating that the vote would be binding with simple majority. In preparation for Spanish opposition, the standard minimum voter turnout rule of two-thirds majority was disregarded. Which, even by Catalan Statutes of Autonomy, would make the referendum illegal. The Spanish Government was quick to declare that the vote was also illegal according to the national constitution. Immediately, Catalan opposition parties called for a boycott.

It is no doubt that the Spanish government has handled the situation horribly. Spain chose the violent route over the democratic route; sending riot police to polling stations, stealing ballot boxes and dragging Catalans out onto the streets. After the referendum, an investigation on police brutality was quickly launched. The Spanish government even claimed that the injured numbers were inflated by Catalan hospitals. It is important to note that misinformation was also spread by Catalans, photoshopped images and conspiracy theories spread rapidly across social media.

Both sides are equally responsible for how this mess was created. The Spanish government could have largely ignored the vote and let it take place. The referendum itself was administered horribly by the Catalans. The Spanish Government could have overturned the vote in court simply because of the lack of regulations. No envelopes, no voter control, not even a Catalan electoral board. The whole situation should have been avoided. Even taking Catalan leaders to criminal court would have been more desirable.

By making martyrs of Catalans  and a fool of themselves on the world stage, Spain has also called into question how the European Union deals with such referendums. With some wanting more oversight, and others wanting the global community to stay out of it, the European Union has been mostly quiet on the subject, with some critics of the vote claiming that it is a Spanish internal matter. Regardless, police brutality and the attack of basic democratic rights in any western society should be vehemently opposed by any governing body. The European Union’s lack of response shows just how powerless they are.

As it stands now, Catalonia is between a rock and hard place. In his October 10 announcement, President of the Generalitat of Catalonia, Carles Puigdemont, declared but also suspended Catalan independence. Dialogue will be the only option to avoid more violence, and hopefully the EU can reign in its members to act democratically in the face of secession.