Swimming and diving off to a 1-1 start with a win over ODU, loss to Tennessee 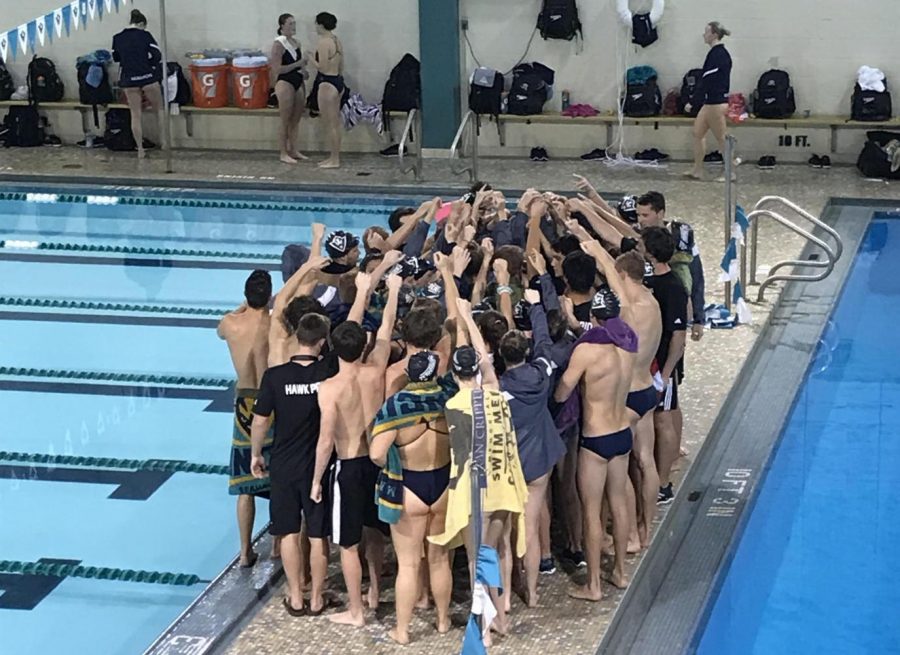 The UNCW men's and women's swimming and diving teams gather after their respective wins over Old Dominion on Saturday, Oct. 14.

The UNC Wilmington swimming & diving team has officially started its season over the last two weeks with a pair of home meets that resulted in a loss to Tennessee and a win over Old Dominion for both the men’s and women’s teams.

The Aquahawks started their season at home in the Seahawk Natatorium against the Tennessee Volunteers on Oct. 7.

The Volunteers, who placed in the top-20 at the NCAA Championships last year, beat the Seahawks 177-123 in men’s swimming and 201-99 on the women’s side. The Vols swept the Seahawks in diving.

On the men’s side, the 200-yard medley relays for the Seahawks took the top two spots, winning over the third place Vols by two seconds. The winning relay consisted of Josh Rigsbee, Noah Cahan, Ben Whitty and Sean Cannon.

On the women’s side, freshman Evan Arsenault stood out with a pair of wins in the 50 and 100-yard freestyle. She was also part of the second place 400-yard freestyle relay along with Faith Pilcher, Viv Louviere, and Meghan Lahr.

The meet started off with a win by the Lady Seahawks in the 200-yard medley relay with Shannon Howell, Karen Woodworth, Viv Louviere, and Faith Pilcher. The ladies inched passed the Monarchs, winning by less than a second. Pilcher also brought in some wins of her own by taking first in the 50 and 100 freestyle.

The men showed dominance over the Monarchs as well thanks to a standout performance from sophomore Sean Cannon. Cannon, who not only swept in all freestyle sprint events, also helped the winning 200 medley and free relay teams.

In women’s diving, Bri Urich won the one-meter dive by three points. The top five spots all belonged to the Seahawks.

In men’s diving, Seth O’Dea edged out ODU’s Corey Moreno in both the one and three-meter diving events.

The Aquahawks go on the road for the first time this season at Catawba in Salisbury, North Carolina, on Oct. 20 at 2 p.m.

Contributing Writer Vanessa Dickerson can be found on Twitter @NessaDickerson. Any tips or suggestions should be forwarded via email to uncwseahawksports@gmail.com. For video updates from The Seahawk, subscribe to our YouTube channel.