Cross-country hoping to flourish with mix of vets, new faces 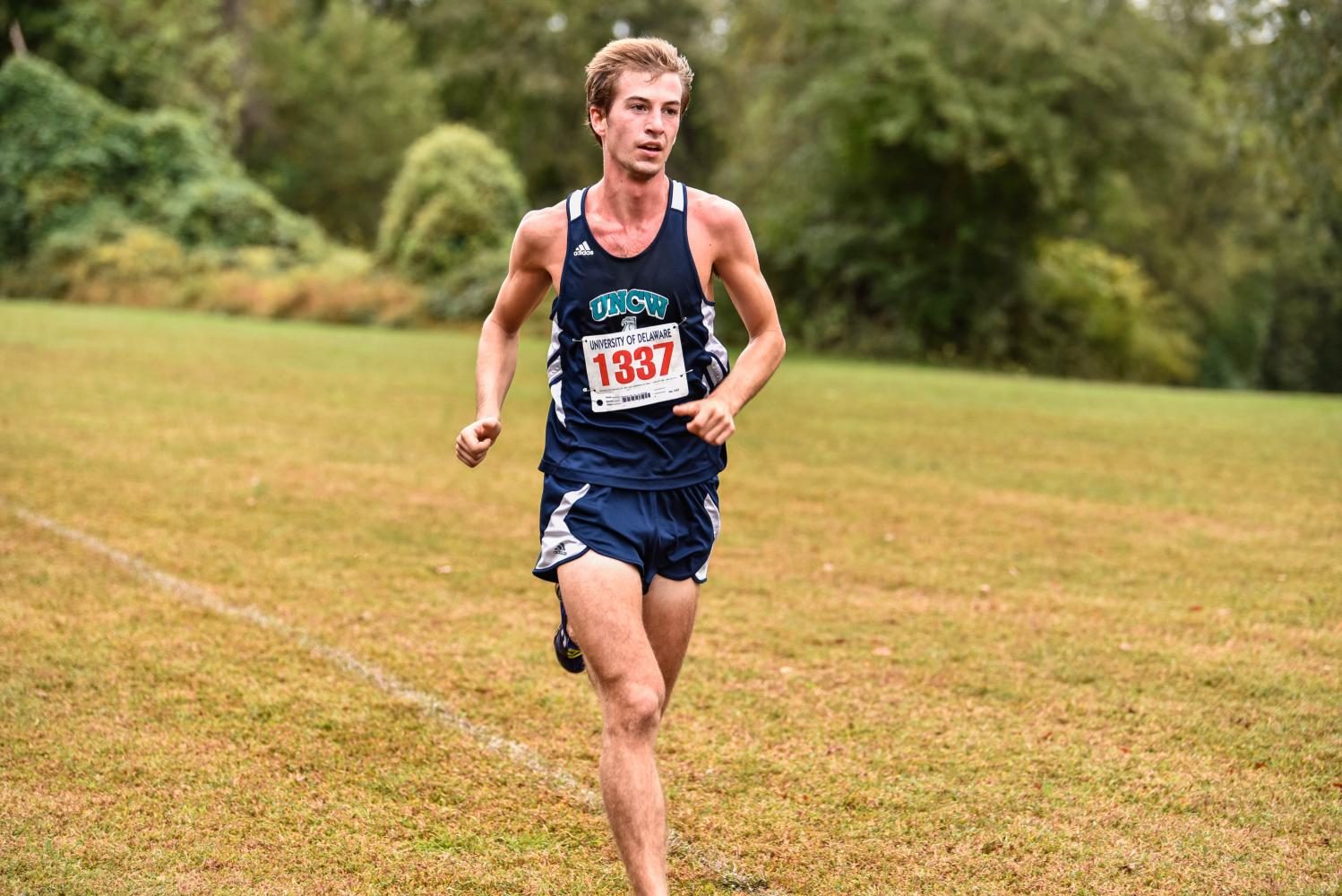 Alex Boseman runs the trails in one of UNCW's many meets during the 2016 cross-country season. (Photo by UNCW Athletic Communications)

It seems the veil of anxiety has finally lifted from the UNC Wilmington cross-country program heading into the 2017 season.

More than two years after nearly being cut by the university along with the track and field teams, the cross-country program has nearly fully recovered for second-year coach Layne Schwier and the seniors who were on campus at the time.

Roster numbers have bounced back to normal levels following a mass exodus of talent when the program nearly met its fate in 2015. Schwier’s recruiting efforts are rarely hindered anymore, allowing him to bring in new talent without them worrying about the future.

The head coach has wasted no time settling down into the role after spending more than a decade as an assistant and a year as interim coach. His responsibilities have not changed – just his title.

“On the track side, things are a bit busier when you’re the head coach. There are things you realize you don’t have to do as an assistant coach. But I’m starting to find my groove after two years in the role.”

Alex Boseman returns for his final year on the trails after notching one of the more remarkable years in UNCW history for the men’s team. The senior standout led the team in every competition in the 2016 season and nearly broke the school record for the 10K race during the NCAA Southeast Regional Championships, clocking in at 30 minutes, 59 seconds and earned all-conference honors for the second consecutive season.

But Boseman isn’t willing to settle for second-best – he’s determined to become a Colonial Athletic Association champion and write himself and his team into the UNCW record books.

“Watching the program rebuild from 2015 to this season has been a long process, but it has been very exciting to watch the program grow,” Boseman said. “Recruiting initially was a huge hurdle, but with each passing class, we seem to get stronger and stronger. I believe soon our seniors will be graduating with a diploma in one hand and a (championship) ring in the other.”

On the women’s side, the Seahawks field a roster of 10 runners – including seven freshmen. They return senior Kylie Knavish, who is the only senior on a roster full of young faces. Freshman Emme Fisher will lead her class in the talent department: she’s a multi-time state champion out of West Carteret High School in Morehead City.

The women’s team finished ninth out of nine CAA teams in the conference meet a year ago. From there, there’s nowhere to go but up.

“I’m really hoping we can move up a spot or two in the conference,” Schwier said. “You can’t get any worse, but I think we’ll be good enough because we’ve got a couple girls – like Emme, I think she has the potential to be all-conference runner freshman year. She’s got that kind of ability.”

Sports Editor Noah Thomas can be found on Twitter @iNoahT. Any tips or suggestions should be forwarded via email to njt8879@uncw.edu.